I am thrilled to have the opportunity to do a product review for CSN Stores.  They have everything from dining room furniture, to home decor, to kids stuff, to bookcases!  CSN Stores includes over 200 online stores, and you are sure to find exactly what you are looking for there.


I've been scouring their website, and now have to decide if it will be a bookcase for me.... 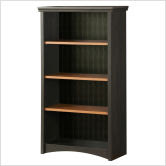 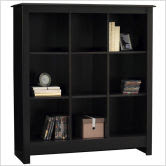 or something for Claire! 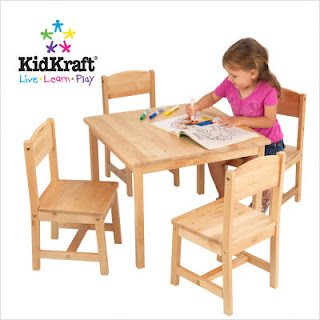 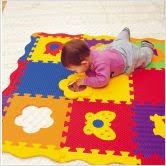 Be on the lookout for my review post to see what I decided on!
Posted by Melissa at 3:20 PM 4 comments 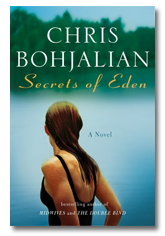 by Chris Bohjalian
Hardcover: 384 pages
Publisher: Shaye Areheart Books (February 2, 2010)
ISBN-13: 9780307394972
Genre: Contemporary Fiction
Source: Library
Rating: 2.5/5
"There," says Alice Hayward to Reverend Stephen Drew, just after her baptism, and just before going home to the husband who will kill her that evening and then shoot himself. Drew, tortured by the cryptic finality of that short utterance, feels his faith in God slipping away and is saved from despair only by a meeting with Heather Laurent, the author of wildly successful, inspirational books about . . . angels.

I read Bohjalian's Midwives years ago, after Oprah's recommendation.  I really enjoyed the book and always meant to read another of his books, but just never did.  When I was searching for books to load on to my eReader for Claire's surgery this one jumped out at me.  Maybe I needed something a little faster paced, maybe nothing would have worked well for me then, but I could have easily set this one aside without finishing it.

The other part of the story that didn't work for me was the foreshadowing.  I don't have a problem with an author building up to future events, but the way it was done here was very heavy handed.  There were lots of references like "if only I'd said something then, things could have been different."  I felt like the author thought we wouldn't get the references if they weren't explicitly pointed out.  The ending was predictable too, but by that point, I didn't really care either way.

Secrets of Eden felt like it was capitalizing on the formula of Midwives, and I hope his other books show a bit more diversity. 2.5 stars.
Posted by Melissa at 8:21 AM 7 comments

by Suzanne Collins
Hardcover: 400 pages
Publisher: Scholastic Press (September 1, 2009)
ISBN-13: 9780439023498
Genre: Young Adult
Source: My Shelves
Rating: 5/5
Fresh from their improbable victory in the annual Hunger Games, Katniss and Peeta get to enjoy the spoils only briefly before they must partake in a Capitol-sponsored victory tour. But trouble is brewing— -- President Snow tells Katniss directly he won't stand for being outsmarted, and she overhears rumbles of uprisings in Panem's districts. Before long it's time for the next round of games, and because it's the 75th anniversary of the competition, something out of the ordinary is in order...


When everybody initially starting raving about The Hunger Games I stayed away because I didn't think it sounded like my kind of book.  Finally, after almost a year, my curiosity got the best of me and I had to see what everyone was talking about.  Once I started reading I was hooked and I couldn't figure out why I waited so long to read it.  Catching Fire was much the same way.  I knew I wanted to read it.  I bought it as soon as it came out, and it's been sitting around my house for almost a year.  Once again, I didn't know why I put of reading it for so long.

As soon as started reading I was hooked.  The characters, the setting, everything about the book worked so well.  Collins included just enough details from The Hunger Games that it jogged my memory, but not enough to feel repetitive if you'd just finished the first book. Katniss is a great character.  She's strong and brave, someone you want to be like, but not so perfect that you can't relate to her.  Peeta is still as sweet as ever, but I'd hoped to see a bit more of Gale.  I didn't know where the storyline was going since I'd stayed away from reviews, and I was pleasantly surprised.

This series won't be put on the back burner anymore.  Mockingjay

is ordered and as soon as it gets to me, I'd better be left alone until I finish it! 5 stars
Posted by Melissa at 7:47 AM 7 comments